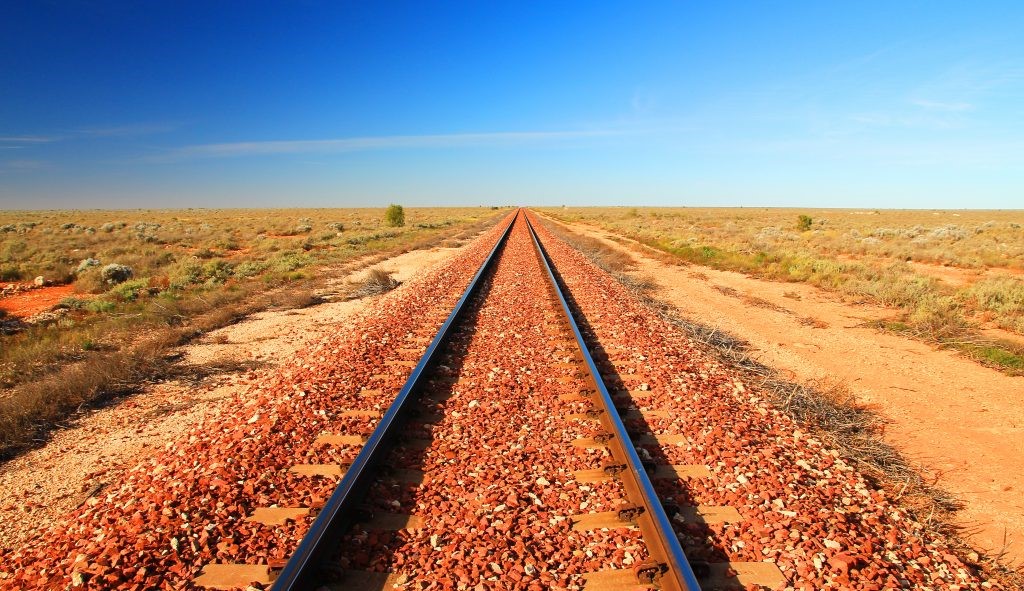 To build a nation you need conviction, charisma, and a good marketing team.

The scale of Inland Rail demands this from its proponents to engage government to commit $9.3 billion to the project, opening the door for private sector to invest and build the future corridor of commerce. Flat, straight and fast, travelling Melbourne to Brisbane approximately half a day faster than current transit time.

‘Let private investment out of the box and see what can be achieved’ was a sentiment expressed by many presenters at last week’s Inland Rail Conference.

Held in the regal and beautiful Empire Theatre Toowoomba the Inland Rail Conference was a fantastic demonstration of the vision and determination necessary to build a national intergenerational project of significance.

Partnerships, collaboration and community were a key theme of the two-day conference 21-22 August 2019. Mayors and local government councillors from the length of the project came and shared their vision for their communities and the growth opportunities the project offered. Participants in the panel discussions offered frank and open responses to the many questions asked and nations building taglines peppered keynote speeches.

The conference attracted 450 delegates to engage with the project proponents, network and consider opportunities the project offers. The focus was on future-proofing the workforce, addressing the estimated 70,000 skills gap which will peak in 2024 and how to sustain this workforce after completion 2027.

Adrian Hart, Associate Director, BIS Oxford Economics outlined the skills gap and extent of projects competing for similar skilled individuals. The following graph sums up the scale of the issue.

A rail renaissance is underway in Queensland, with Inland Rail, Cross River Rail, Gold Coast Light Rail and upgrades to other sections of the freight and passenger rail network started or near completion. The scale of the greenfield Inland Rail project is enormous for Queensland. For example, the 7km tunnel through the Toowoomba Range will be one of the longest and largest tunnels in the southern hemisphere and the Condamine Flood Plain crossing an engineering marvel. These projects highlight the skills gap in Australia particularly in tunnelling, when you consider how many tunnels are currently being dug Australia wide.

The project proponents aim to provide a skills legacy for local communities and Australia as a whole. To achieve this, savvy local government economic development groups are priming their local industries and preparing them to tender for projects. Parks in NSW has been very successful in capturing the local value and building a portfolio of projects including advanced manufacturing, mining, solar and the Pacific National intermodal terminal. Toowoomba is also looking to capture and retain the $4 billion investment that will be flowing through the region.

Double stacked domestic container freight currently moving up and down the East Coast on a mix of truck (~7,000 B-doubles a day) and train, is the initial driver for the project. Bulk agricultural freight so important to regional areas, will also benefit from Inland Rail as CSIRO Andrew Higgins outline in the Inland Rail Supply Chain Mapping – Parkes to Narromine Pilot. CSIRO estimates an average $76 per tonne cost saving and 63,000 fewer heavy vehicle trips per year along sections of the Newell Highway. 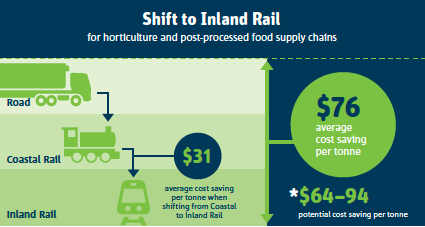 Queensland will cover the largest and most complex section of greenfield development and landholders in the region have been extremely vocal in their rejection of the project. Graham Clapham Chair Southern Darling Downs Consultative Committee provided a landholder account of the impact the rail line will have on his community. He spoke eloquently about the miss communication and lack of understanding on both sides which led to a long period of anger, and how this is starting to be resolved.

It is very difficult for people who have owned a property for generations to accept a project that will use their land and irreversibly change the way they farm. Often, they support the project in principle but believe the engineers have it wrong and the alignment will not work on their land.

Richard Wankmuller, ARTC CEO, said he accepted the initial engagement was ill-informed and he understood why landholders were sceptical in the Condamine flood plain. For many generations any structures built were inevitably washed away so why would this be any different? The answer, it seems, is an ability to draw on examples of international engineering success and use these to build a bespoke solution.

Richard’s presentation is more than just words as the Inland Rail and ARTC team have committed to locating staff in the regions to build community support for the project and listen to concerns raised. They need landholders on side to progress the project and have taken time to re assess access arrangements and keep line of communication open.

Only $700 million has been spent so far leaving plenty more value to be captured by the freight and construction industry, landholders, skilled workers and regions in Queensland. The next step will be interesting to watch as Queensland takes on the Inland Rail challenge.